A symbol meant to include was used to divide.

Australia is one of the most culturally diverse countries in the world. Despite this, a vocal minority is spreading racial hate. The hate spilled onto Cadbury’s social pages and in the last year alone, they received thousands of racist and xenophobic messages because of their Halal certification. So we decided to respond to all the hate around the Halal symbol, with a new symbol of inclusivity. From Halal to For All.

We invited a team of visual artists and designers from diverse cultural backgrounds to work together to create the symbol, drawing inspiration from their own unique heritage. A Symbol For All is open sourced for any person, organisation or company to download, customise and share to make a stand for a more inclusive society.

decrease in negativity around Halal 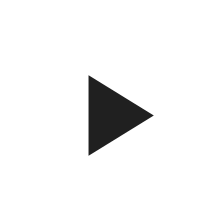 "A salve against online trolls."

"This initiative is making a positive impact on society"

What we do
for Cadbury
Symbol for all