Share
Sydney, February 14, 2018:  Award-winning creative, Jenny Mak has been promoted to the role of Creative Director, Ogilvy Sydney working alongside the agency’s 40-strong creative team, and in close collaboration with planning, digital and strategy, to drive the creative vision for the agency.

ECD Derek Green said Mak’s promotion was “a no-brainer”. “She’s an absolute pleasure to work with, she’s made a major impact on all of our clients’ brands with a great balance of hard-working campaigns and cutting edge work,” he said.

At Ogilvy, Mak has created work for some of the world’s most famous brands including Coca-Cola, Huggies, and KFC to name a few. Her work has also been awarded both locally and internationally at Cannes, Effies, New York Festivals, Spikes, One Show and AWARD.

Mak said: “I couldn’t be more excited to help drive the creative vision for the office and to help bring brilliant ideas to life. Being part of the Ogilvy family means being part of a world-class team and I’m looking forward to contributing to the success of the network.”

Since being promoted Mak has developed a new campaign for Primo; Australia’s largest manufacturer of ham, bacon, salami and deli meats, launching this week.

Utilising a collection of charming characters and simple dishes, the campaign demonstrates how easy it is to make satisfying meals with Primo’s ingredients, using the tagline ‘Now that’s Primo’.

“By using a voice-over that romanticises the action, this campaign reminds everyday Aussies that they don’t need to be master chefs to create fantastic meals,” said Mak.

The TVC goes live this week and is the first instalment in a series and is supported by digital, social and OOH.

“I’m excited about the opportunity to spearhead the creative direction for such a great client going forward”, Mak added.
The TVC can be viewed here: https://www.youtube.com/watch?v=YaHUnD0Hnsg 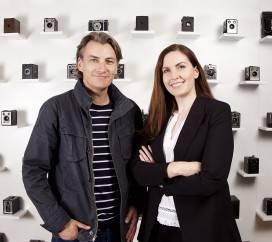