Melbourne, November 3, 2017: Ogilvy Melbourne has announced two new hires bolstering its strategic offering and accommodating the agency’s strong business growth. Virginia Pracht has been appointed as the new Head of Strategy and Dominic Counahan takes on the role of Strategy Planner.

Most recently Planning Director at Cummins&Partners, Pracht will be responsible in her new role for leading Ogilvy Melbourne’s strategy and planning team, through the agency’s period of strong new business growth.

Gavin MacMillan, Managing Partner, Ogilvy Melbourne, said: "We are thrilled to welcome Virginia back to Ogilvy as our Head of Strategy. She is a wonderful planner who defines problems with precision and sees solutions with fresh perspective. Her experience and leadership adds considerable weight to our agency’s IQ.

German-born Virginia started her career at Ogilvy Frankfurt. When she was given the opportunity to pick any overseas Ogilvy office for an exchange, she chose to be transferred to Ogilvy Melbourne in 2009. After her first stint at Ogilvy, she moved to a Content Strategist role at Powered By Nine, developing content ideas across Channel 9, ninemsn and Bauer Magazines.

Before returning to Ogilvy, Virginia gained behavioural economics expertise and expanded category knowledge at Cummins&Partners, through strategic leadership on Western Australia Tourism, Specsavers, Reflex and Open Universities Australia. During this time, she won a number of creative and effectiveness awards for her efforts including  several Effies.

"Walking back into Ogilvy felt a lot like coming home. Ogilvy was the first agency that ever employed me and then the first agency I worked for in Australia. It's a great place, with great people, exciting clients and exciting growth – with more to come,” said Pracht.

Dominic Counahan has also joined Ogilvy Melbourne from Cummins&Partners, where he served as a Strategy Planner. He got started at Clemenger BBDO’s Graduate Program and after a short stint in account service, switched to strategic planning. Most recently, he’s been completing a Masters in Creative Writing at The University of Melbourne, and is a graduate of both ADMA and AWARD School.

MacMillan said: “I sincerely believe Dom is one of Australia’s brightest young planners and together with our existing strategy team and under Virginia’s leadership, Ogilvy Melbourne has the brainpower to continue to make brands matter.”
Ogilvy Melbourne is part of WPP AUNZ Australasia’s leading marketing communications group. 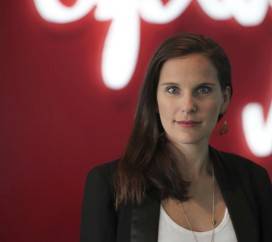