Melbourne, November 20, 2017:  Following a year of continuous growth across its client portfolio, including the recent addition of the Cadbury account, Ogilvy Melbourne has lured Susannah George to join its senior team in the newly created role of Head of Film and Content Production.

Adding significant grunt to Ogilvy’s in-house capabilities, George will lead and build the agency’s film and content department in her new role, through a period of sustained new business growth.

David Ponce de León, Executive Creative Director, Ogilvy Melbourne, said: “We wanted to re-define this role for a new era and we’ve found that in Suse. Production-wise, there’s a tendency to gravitate towards the same names, which is exactly the opposite of what we wanted. Suse is a next-generation production leader.

“She’s never been afraid to jump in the deep end and her career path demonstrates this in spades. We’re chuffed she has chosen to join us in our new chapter. Our production schedules have increased significantly due to new business wins. We’re confident Suse will help us bring our capability to the next level.”

George joins Ogilvy from AJF Melbourne, where she spent the past four years as Senior TV Producer and 2IC, delivering high profile work for a raft of blue-chip Australian brands including Holden, Lion Drinks & Diary, Officeworks and Target.

She started her advertising career in account service, working briefly at McCann Brisbane before moving to Ogilvy in London. After four years as a suit, she realised her real passion was in production and made the leap into TV Production at MWO, where she was trained by its Head of TV.

Returning to Australia in 2007, she joined Cummins & Partners as TV Producer, honing her skills and working across different offices (and under different names) to produce award winning work for CGU, Clarks, Dove, Kmart, Fonterra, Jacob’s Creek, Jeep, Mars and Reflex. She then joined AJF Melbourne in late 2013.

On joining Ogilvy, George said: “I’m absolutely thrilled to join the Ogilvy Melbourne team. I loved working at Ogilvy in London and it’s great to be back at Ogilvy again.  Besides David’s infectious creative drive, what attracted me to the role is the agency’s understanding that production is constantly changing from what it has traditionally been. Turning great thinking into great productions at whatever budget, length and timings has always been my focus, whether it is for big screens or for little screens.
“I think Ogilvy is finding its creative groove again and I’m very much looking forward to working with all of our clients and the fantastic agency team, whilst also strengthening Ogilvy’s in-house capabilities. I’m flattered they’ve entrusted me to lead and build the film and content department through these exciting times ahead.” 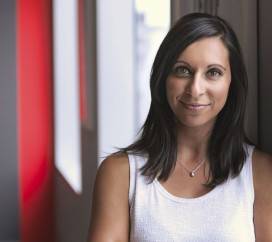