Suncorp’s ‘AAMI SmartPlates’ received the prestigious Pinnacle Award for Innovation, one of only six pinnacle awards for creativity and effectiveness excellence.

In addition, ‘AAMI SmartPlates’ was the winner in the Data Strategy and Mobile Marketing awards; it also won a Highly Commended in another four categories including Integrated Campaign, Data Analytics and Planning, Data Visualisation and Apps.

The IBM ‘Cognitive Collection’ was the winner of the Social Commerce award.

Ogilvy Australia received a total of eight trophies, making it the second most awarded agency on the night.  It also had multiple finalist listings for IBM ‘Outthink Melanoma’, American Express ‘Where Next?’, Ego Pharmaceuticals ‘Stop The Germ Swap’ and Coca-Cola ‘Going, going, gone’.

The ADMA AC&E Awards are the most rigorous in Australia, with the Audit Media Association joining forces with the AC&E Awards Audit Committee to review all entries, ensuring only client and agencies that could prove their results got through to the final round of judging.

The judges noted the high level of entries with awards given only to game-changing ideas of exceptional quality, with innovation and data baked in at all stages of the work.

In announcing the winners, Jodie Sangster, CEO, ADMA was reported as saying: “The AC&E Awards matter enormously to clients and agencies today because they’re the only awards in Australia that recognise exceptional creativity and solid business results in equal proportion, not as separate specialisations.
“Together, they have the power to transform a business demonstrated by the fantastic work we’ve seen.  I congratulate all the winners, those who received highly commended trophies and the finalists, all of whom should be very proud of their work.”
It capped off a big week for the agency; Ogilvy Australia has also been ranked third in the world by The Cannes Lions Global Creativity Report Innovation Agency of the Year.

The Cannes Lions Global Creativity Report showcases award-winning work, highlights the world's most creative countries and cities, agencies and networks, and identifies the trends and themes at the heart of branded communications. Results from Cannes Lions, Lions Health, Lions Innovation and Lions Entertainment are incorporated. 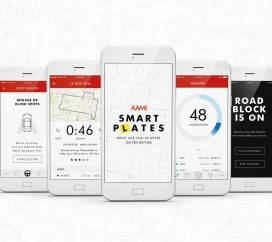