Driving into the future: AAMI and Ogilvy Melbourne’s Smartplates

Ogilvy Melbourne's digital overhaul of the AAMI L-plate logbook didn’t merely win seven Cannes Lions awards (including one gold), it revolutionised a learner driver system that has been around for more than 50 years.

Smartplates was the first project that saw genuine collaboration between Ogilvy and AAMI for something bigger than a campaign.

The project began with an intent to make Australia's roads safer. Such a mammoth task could not be taken lightly and both AAMI and Ogilvy accepted from the beginning it was never going to be a straightforward strategy.

This article was first published by AdNews on August 9, 2017. 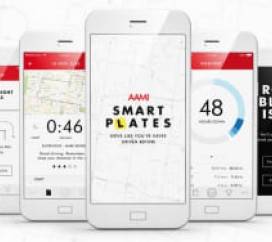