Share
Sydney, December 20, 2018: Following the announcement last week that the ongoing location of the Australian Space Agency will be in Adelaide, its new brand identity has also been unveiled – developed by Ogilvy Australia.  It is the first work launched by Ogilvy since its appointment several months ago, following a competitive pitch.

Ogilvy developed the new logo and all associated livery after being briefed to develop a bold brand identity that stands out as distinctively Australian.

"The Australian Space Agency not only needed an identity to reinforce its remit to look to space to provide real improvements on earth, but one that captures our powerful cultural heritage," explained Ogilvy Australia CEO David Fox.

"We're incredibly proud of the resulting brand, which alludes to the light created by human light and industry, while referencing several significant Indigenous constellations that can be seen from our skies, representing important Dreaming stories.  It's a bold and flexible logo that can be utilised in a myriad of ways as the new Agency continues to grow and develop.  We believe the branding strategy formalises Australia’s spot on the space map by positioning its unique perspective for the new space age."

The Australian Space Agency was established by the Australian Government on 1 July 2018 with a goal to stand out among the international space community. Its key responsibilities and expectations include being the single point of contact to lift national and international engagement in the global space industry, growing the nation’s space industry capability and forging a new civilian and commercial space identity.  The Agency has also been tasked with communicating to the Australian people the importance of space in everyday life while coordinating domestic space activities.

"Given that space isn’t always top of mind for Australians it was vital that any branding really established the new organisation as a globally-respected, trusted and responsible Australian Space Agency.  It also had to match Australia’s creativity and ingenuity through its space exploration involvement.   And as a successful Australian agency with our own strong identity, we were proud to use our creative approach to achieve these goals," Fox continued.

Fox said the new branding aimed to communicate to the international space sector, local industry and the wider Australian community by using the new logo across a range of channels.

In addition to developing the new brand identity, Ogilvy developed for launch an animated event video, plus social and creative elements in support of online and offline activity.

The animated launch video, explaining the creative components of the Australian Space Agency’s brand identity can be viewed here: https://www.youtube.com/watch?v=3_AhTvYcSYM


Back to news & insights 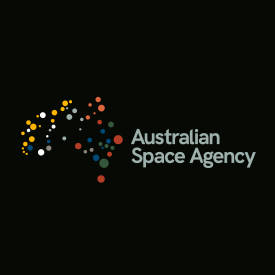